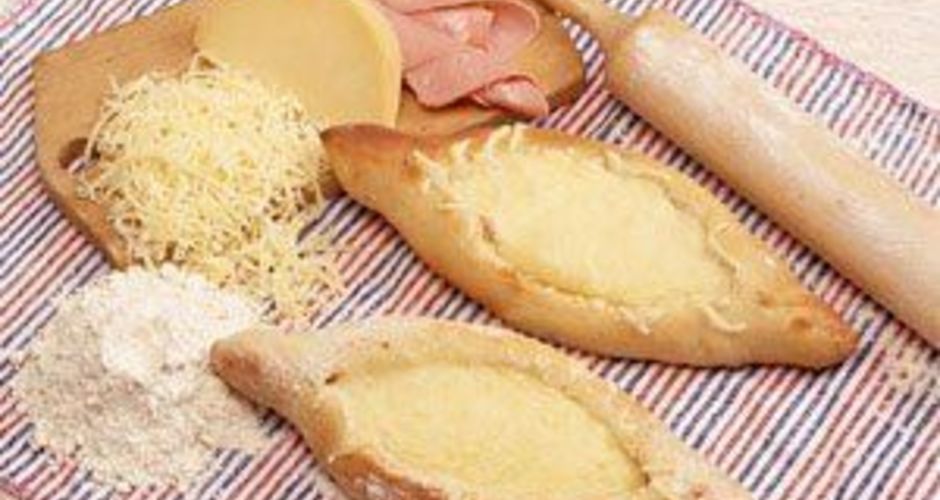 Peinirli – is made up of 2 words “peinir” meaning cheese and “li” meaning pie in Turkish! The authentic Pontian peinirli is made only with flour, water, salt, cow’s butter and feta cheese. It is a pizza boat. At first it was a snack for workers and farmers. It was made plain with a little bit of butter and no cheese. Later on cheese was added and sometimes some “kavurma” (roasted meat with spices). This type of Peinirli was named “giaglia”. Peinirli with cheese were called “giaglia”, the ones with kavurma were called “kavurmalugia” and the ones with onions were called “saganlugia” (“sogan” means onion in Turkish).  There are other variations such as Peinir’Burek and “Plinia”. More at my blog peftasteriii@blogspot.com

Rate this recipe You need to login
Rating