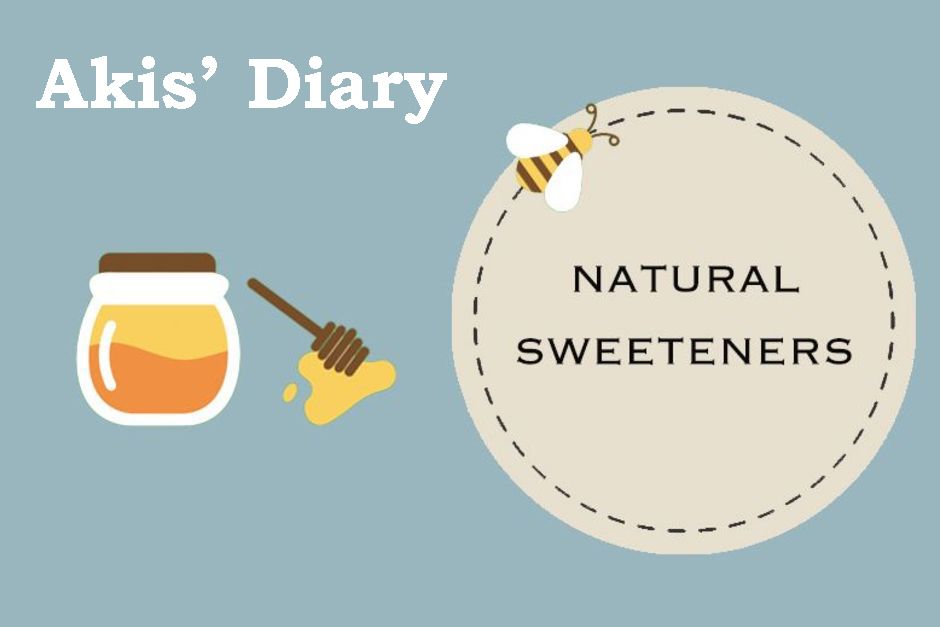 In one of my previous articles I touched on a few things about sugar, its many varieties… and how “good or bad” each one is for you…

Apart from sugar there are also various other sweeteners that are used to sweeten our foods or sweets. Some of them are found in nature and some are artificial.

Let’s take a look at some of the natural sweeteners…

Honey is such a super food it needs its own article! But I can tell you a few things about it now…

So! 1 tablespoon of honey has 64 calories instead of the 48 calories that sugar has. But! For those who suffer from diabetes it is healthier than eating a banana… Honey has a much lower glycemic load, which means it won’t raise someone’s blood glucose level after eating it, like it would with sugar.

It is extracted from the leaves of a plant in Latin America. It is much sweeter than sugar… The substance which makes it so sweet is more than 200 times sweeter than sugar. It can easily be substituted for sugar in drinks etc…

What about when making desserts and sweets? Can stevia be substituted for sugar there? The quick answer is…no.

Definitely not when making jam, marmalade or spoon sweets since it does not thicken the mixture and cannot create a syrup.

It can probably be used when making cakes and cookies. You see, sugar adds volume and moisture along with sweetness…

If you don’t use sugar, the volume that it creates needs to be added back in to the recipe somehow. You could use fruit puree, yogurt, beaten egg whites, etc…

You can substitute sugar with dates in a recipe. Dates are rich in fiber, magnesium, copper and other minerals. They just need to be soaked in boiling water until they soften.

Then, add them to a blender (they need to be pitted) along with 1 tablespoon of the water they were soaking in. Beat until you create a paste similar in texture to peanut butter.

Use 1-1 instead of sugar in your recipes. Dates have calories but they are a natural product that is good to be incorporated in our diet.

Another product that has come to stir up the dietary seas!

It has a low glycemic load (so it can be easily used by diabetics) and it contains some antioxidants and nutrients….  It also has almost the same amount of calories as sugar, dates and honey.

You can use 1-1 instead of sugar, but keep in mind that it has a more caramel flavor which may be undesirable for some recipes.

This sweetener has become very fashionable over the last few years but is now falling from grace, and losing popularity since it has been found to contain large amounts of fructose. It was found that the tests were actually made on a more unrefined agave syrup and not to kind sold in stores.

A very well-known and much loved sweetener that is mostly poured over pancakes, waffles and crepes.

It can also be used to sweeten coffee or tea, cereal and to make cakes. Of course it has calories and cannot just be added freely!

It can be used to sweeten a recipe, added to yogurt or cereal.

It is important to use very ripe bananas so that they are sweet enough.

Also bananas turn brown almost immediately. If you are going to use them raw in recipes, add some lemon juice when beating and creating a puree.

So which one of all of these sweeteners should we use? My answer is NONE!

I believe we all need to stop consuming sugar in the foods we eat in any form!

Don’t think that just because you make a cake with honey and you eat 3 big pieces that it’s healthy!

So to conclude, you shouldn’t use any natural sugar substitute as a panacea.

In a well-balanced diet, it’s ok to eat a small piece of cake… and this cake can be made with any of the above mentioned natural sweeteners instead of sugar.