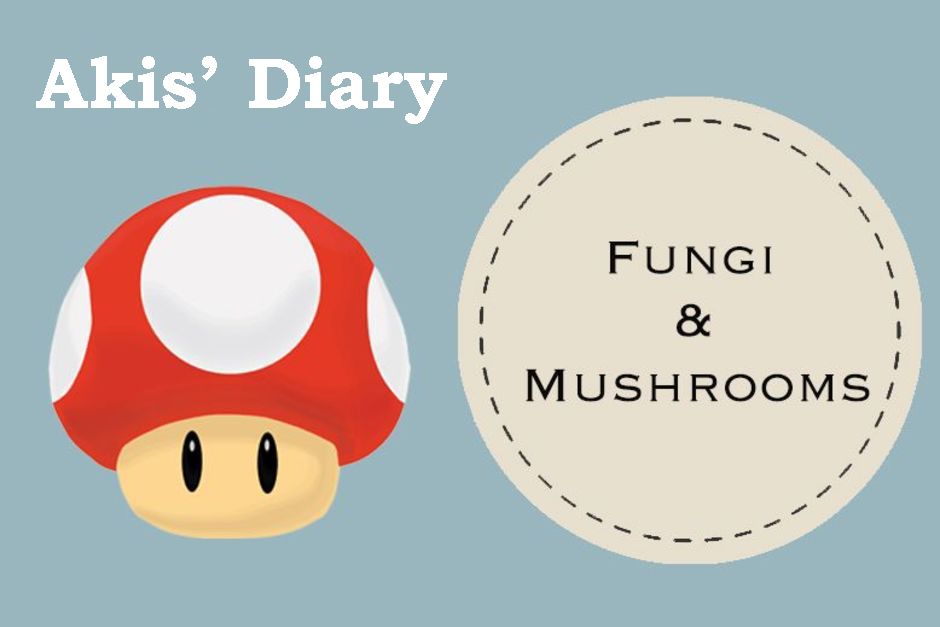 “No sweetheart they aren’t…”

This is actually a true question I asked my poor mom, who really didn’t know how to answer!

Are they so special that they get a whole kingdom all to themselves? Of course they are because as a species they are much more diverse than even plants! Imagine that….

I looked into this interesting kingdom of theirs and I have a lot to share with you on this subject.

The mushrooms we eat are actually the “fruit” of the fungi! It’s like saying that the fungus is the tree and the mushroom is the “apple”. So where is the tree part everybody?

The mold found on cheese or even in bread is also a type of fungus but it doesn’t grow into mushrooms!

There is a wine made with a type of fungus and also it was from a fungus that the first antibiotic came from… or was it penicillin?  ;)

Greece actually has one of the largest varieties of mushrooms in the world since the country’s biodiversity is quite spectacular!

Mushrooms either have a symbiotic relationship with other plants in the soil or help one another, they become parasites and destroy plants or they become saprophytes and feed off of the dead organic matter that they decompose…

If fungus was not around, all of the dead plants and animals would just remain in nature and as a result we probably wouldn’t be around…

Now, as far as edible mushrooms go… the amount of people that go out to pick mushrooms has grown immensely. They then sell them both fresh and dried. But these people know what they are doing.

Many regular people, without any mushroom knowledge think that they can go out and pick any kind of random mushroom they come across! The amount of deaths from eating the wrong kind of mushrooms proves that mushroom picking is no simple task!

Of course all mushrooms are edible… It’s just that some of them can be eaten only once…!!!  :-)

There is no way to for someone to check if a mushroom is “good” or “bad” just by appearance.

Also the toxins in some poisonous mushrooms are not removed by simply boiling or grilling them.

Some say that if a bug or an animal eats a certain type of mushroom, it is a sign that people can eat it also. This is actually a huge mistake since some animals are immune to certain toxins. As far as bugs go… well their digestive system has absolutely nothing in common with ours!

So please, if you want go mushroom picking on your own, make sure you really KNOW that you are collecting nonpoisonous mushrooms and leave the other ones alone no matter how pretty they may look!!

As far as store bought mushrooms go, there is absolutely nothing to fear there since they have been cultivated especially for consumption…

That’s all I had to say about fungi and mushrooms for now. In my next article I will offer you a nice presentation on some wonderful edible mushrooms that are in season now.