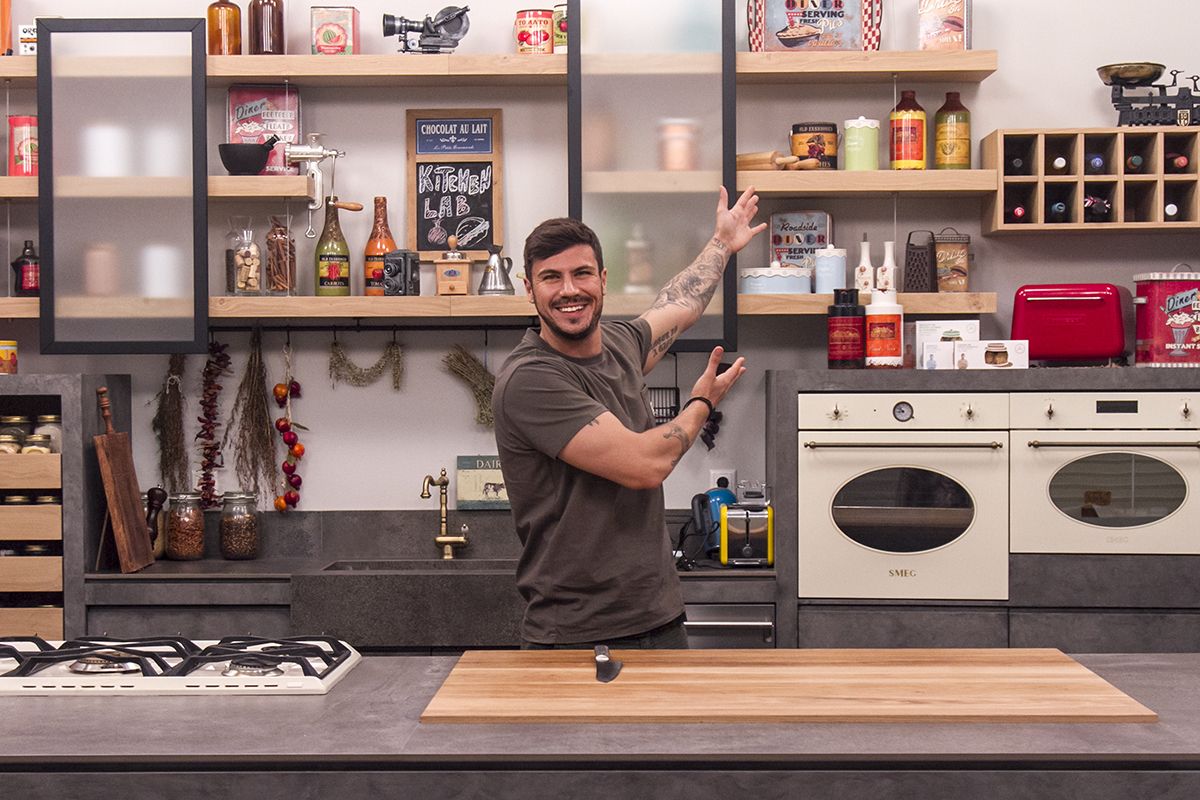 I was born on March 4th, in the city of Thessaloniki in Greece. I worked in the family business until I was 16 years old. At 18 I decided to leave the city I was brought up in and move to Athens to study accounting!

Upon arriving in Athens, I realizing that my true love and passion lay in the taste of fresh fruit, the aromas of Mediterranean spices and the sounds of knives being sharpened on a course stone. It was at that precise moment that I made the decision to become a chef, and so, I also started taking classes at the “Le Monde” School of Culinary Arts.

As soon as I graduated and had both degrees (yes, I became an accountant and a chef!!!), I began working in a plethora of restaurants and hotels until I decided I wanted to explore the art of international cooking…. so I took off for England. My 5 year stay in England was the biggest culinary “schooling” for me, since it gave me the chance to work with many award winning chefs. My last stop was at the famous hotel “The Goring”.

In 2010 I returned to Greece, not for some big business opportunity, as most people might think, but because I wanted to take part in a game show on MEGA channel called “The Master Chef”.

Six months later, I had won 1st place in the competition.

In 2012 and for the next 2 years, I was Head Chef in chef Michel Roux’s “Avenue Bistro” at the Metropolitan Hotel.

People can also enjoy my internet show “Akis Kitchen”! My recipes are well known and well-loved because they are easy to make, incorporating simple, every day ingredients to create super delicious, quick and inexpensive meals.

In 2014 I started publishing monthly magazines and by the end of the year I had published my first cookbook…. “Now this you have to taste”.

In May 2015 I began a collaboration with Fresh One Productions, in London, where I shared videos of my recipes on Jamie Oliver’s Food Tube.