Recipe Book
Diary
The perfect bbq at the ATHINEO by Petro Kostopoulo himself! 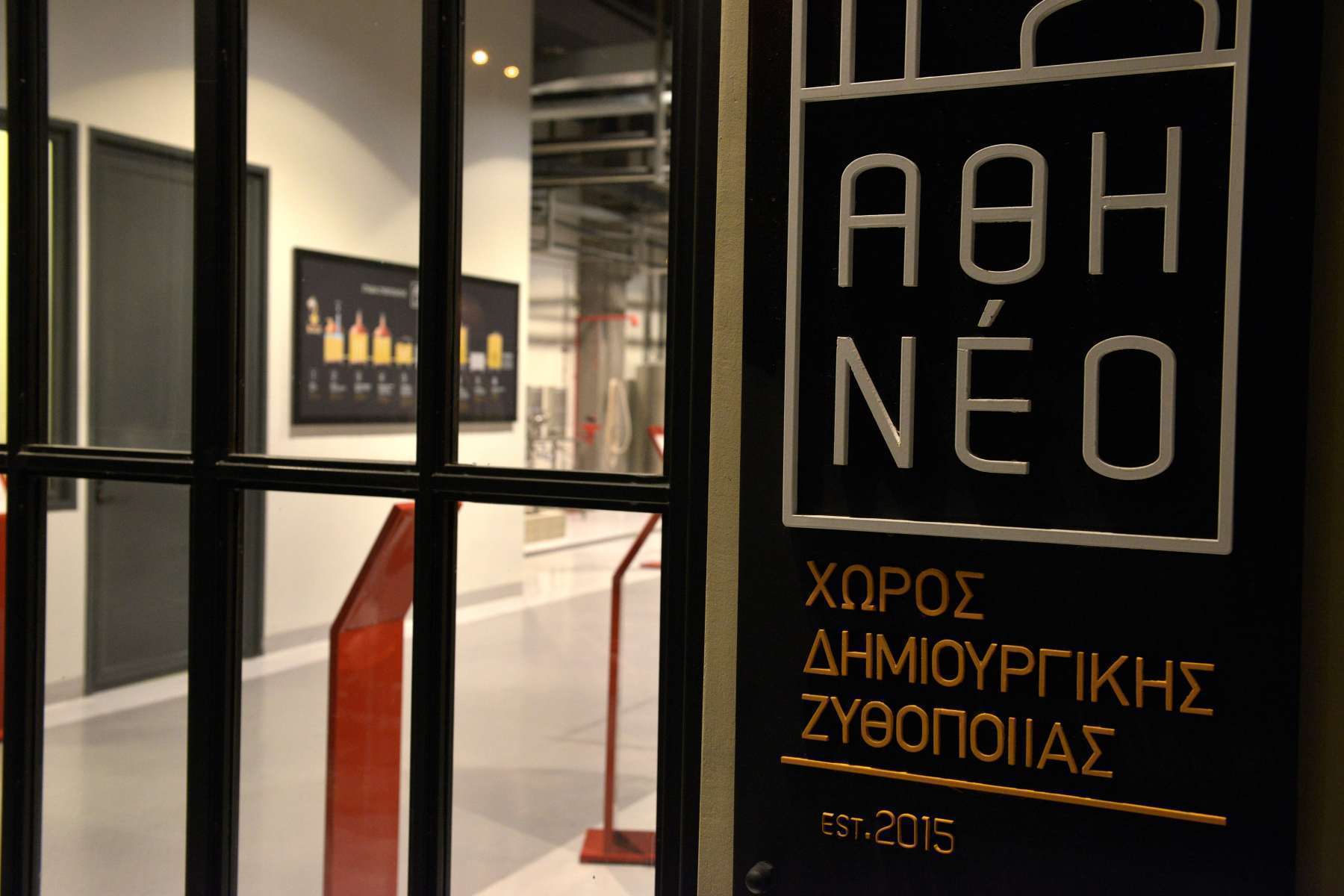 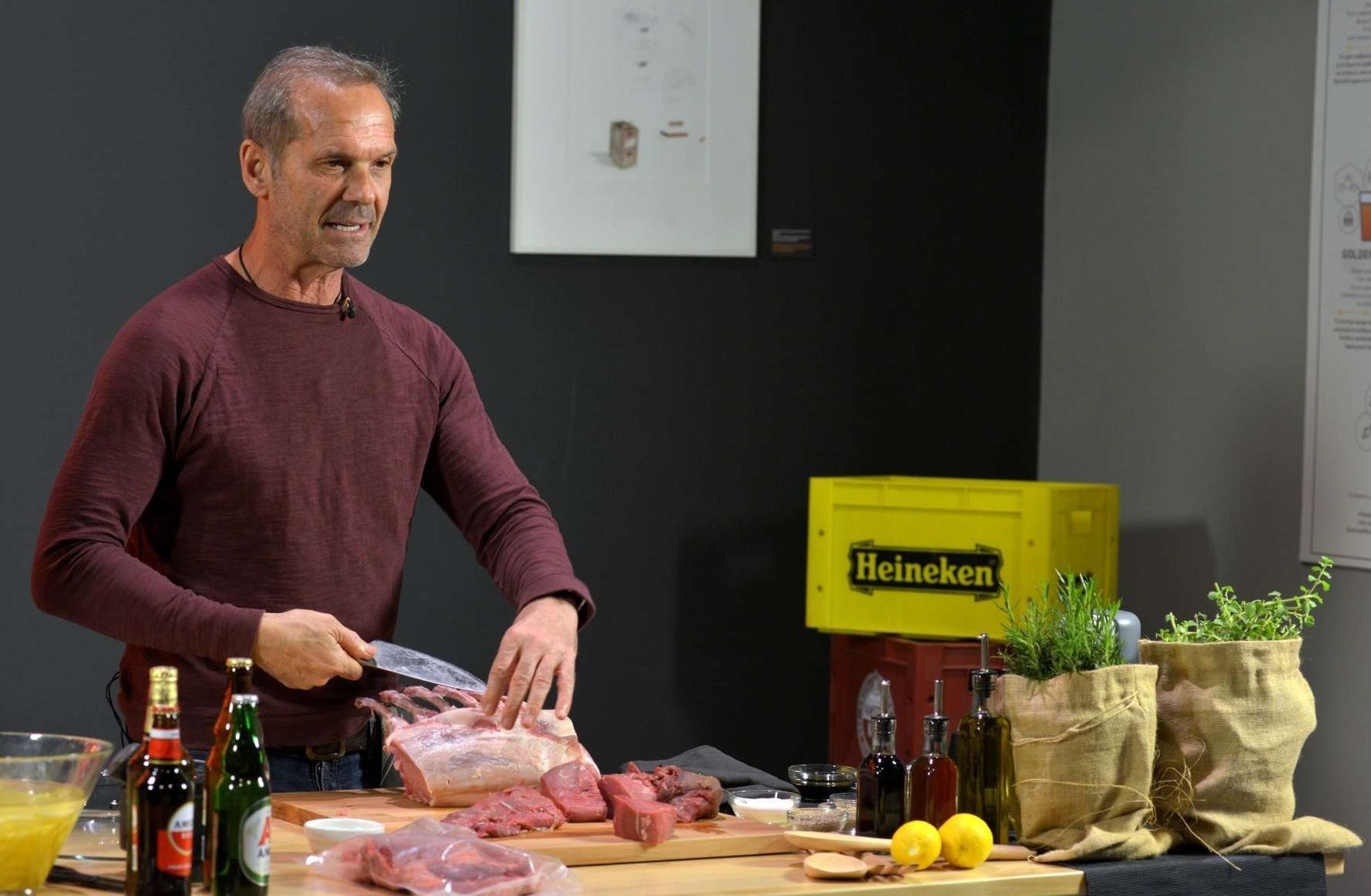 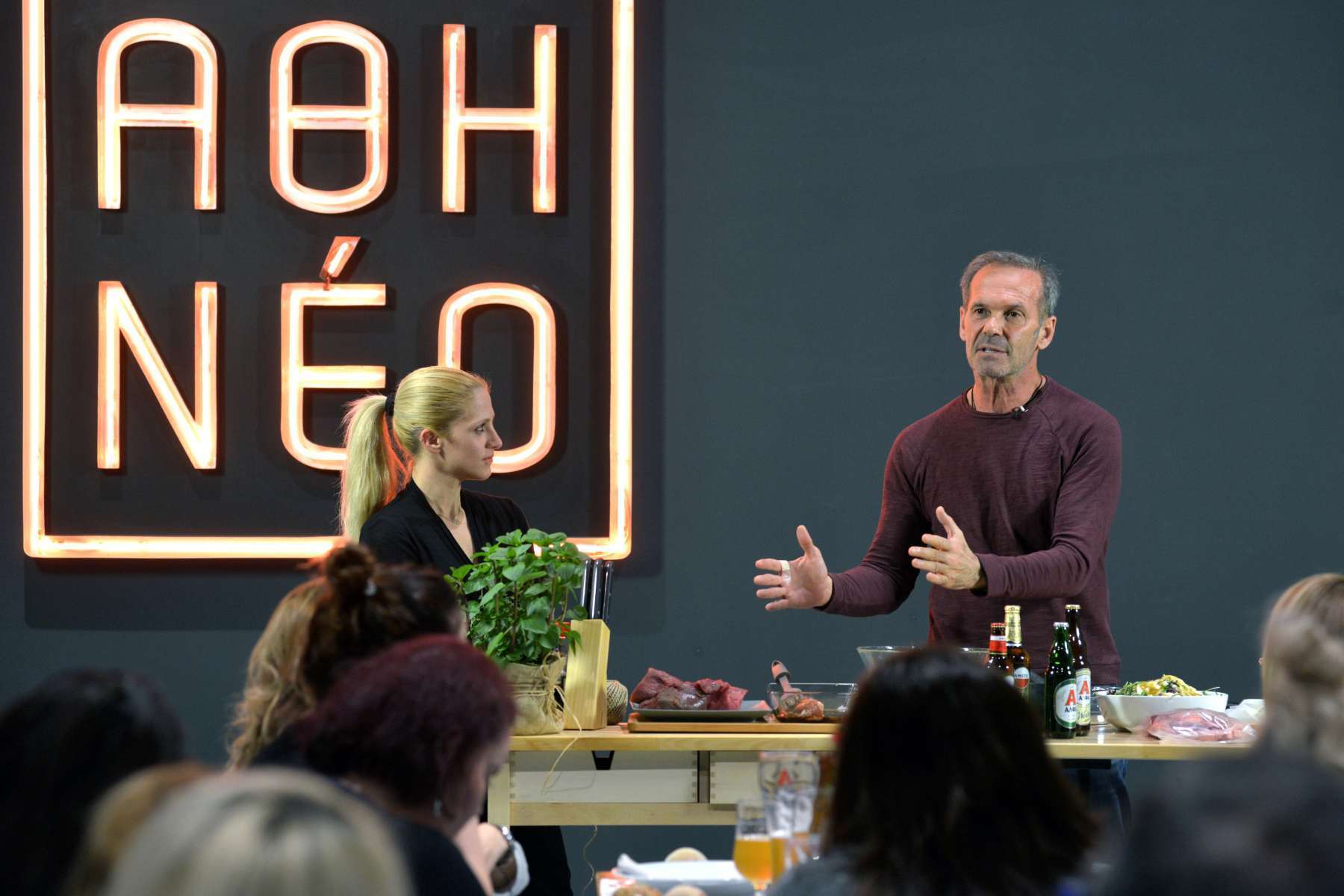 The people visiting the Athineo the day before Pancake Day were really in for a special treat! They had the chance to meet Petro Kostopoulo in person for an evening dedicated to the perfect bbq preparation and the types of beers that suit each kind of food prepared; since “meat needs the proper cooking, good beer and great company!”

This group of people was created from lovers of good food and good beer. They gathered together at the Athineo, a lovely space exclusively dedicated to creative brewery and to promoting the culture of beer. Many types of exhibitions are held here.

This particular evening had Petro Kostopoulo as an honorary guest, who is well known for his love of grilling and meat. He shared all of the secrets for the correct way to prepare and bbq meat, the way he makes it for all of his favorite people.

Petro Kostopoulo showed his guests how to choose the best cuts of meat, what ingredients can really boost a marinade and which sauces can really make the dish unforgettable!! He also didn’t forget to recommend the salad he prefers, adding his own personal touch and at the end he of course shared his favorite recipe for fries, which as we all know, is never missing from a Pancake Day (Tsiknopempti) spread.

The evening ended with many questions about… more tips and more clinging of beer glasses full of the homemade beers that are made in the ATHINEO. All of the guests made plans to come again next year for Pancake Day for more ideas but also for all the new exhibitions that will take place in the ATHINEO.

The ATHINEO.  Lager beer flows in the Athineo cauldrons that are made with fine local products. A variety of Ale with rich aromas and intense flavors that are only available in 20 liter barrels. The Athineo beers are produced in small batches and are only available at selected locations in Athens. They come in many different varieties according to the season.

The Athineo creates a different beer for each season: 4 types of beer a year, each one inspired by a special characteristic of each season: Spring/Summer: blonde, fruity and refreshing… Fall/Winter: dark and intensely aromatic!

It is a space with a modern esthetic which is a place of inspiration and meeting point for beer lovers. It’s open to the public every Saturday with no entrance fee. In this way it offers people to get acquainted with the space and allows them to try out their homemade recipes that are produced in their cauldrons.

Unpasteurized beer, especially Lager and Ale are produced in the ATHINEO, made by adding fine local products, rich aromas and intense flavors. They are made with 100% Greek barley and a variety of aromatic hops.

About the Athenian Brewery:

The Athenian Brewery SA is the largest company that produces and distributes beers in Greece and whose presence has been active for over 50 years. It was established in 1963 by a team of Greek businessmen and today is a member of the Heineken N.V. Group. It produces Amstel, Amstel Pils, Amstel Bock, Amstel Radler, Amstel Free, Heineken, ΑLFΑ, ΑLFΑ Strong, ALFΑ Weiss, Fischer, ΒΙΟS 5, Buckler beers in Greece from 100% barley along with IOLI natural mineral water. It also imports well known beers like: Sol, Mc Farland, Erdinger, Affligem, Murphy’s, Duvel, Chimay and more. It has 3 establishments in Athens, Thessaloniki and Patra, 2 personally owned breweries in Thessaloniki and Patra as well as a bottling plant for the IOLI mineral water in Lamia.

Along with its business development, the company has invested in the modernization of the production process, has adopted a complete environmental policy and has developed a safe and fair work environment. It also informs consumers about responsible drinking and social contribution, always including the practical contribution of its employees with honesty and accountability.

Furthermore, it is the first company in Greece that has earned the highest Diamond distinction from the National Corporate Responsibility Index (CR Index) for 2013.