Recipe Book
Diary
How well do you know tartare? 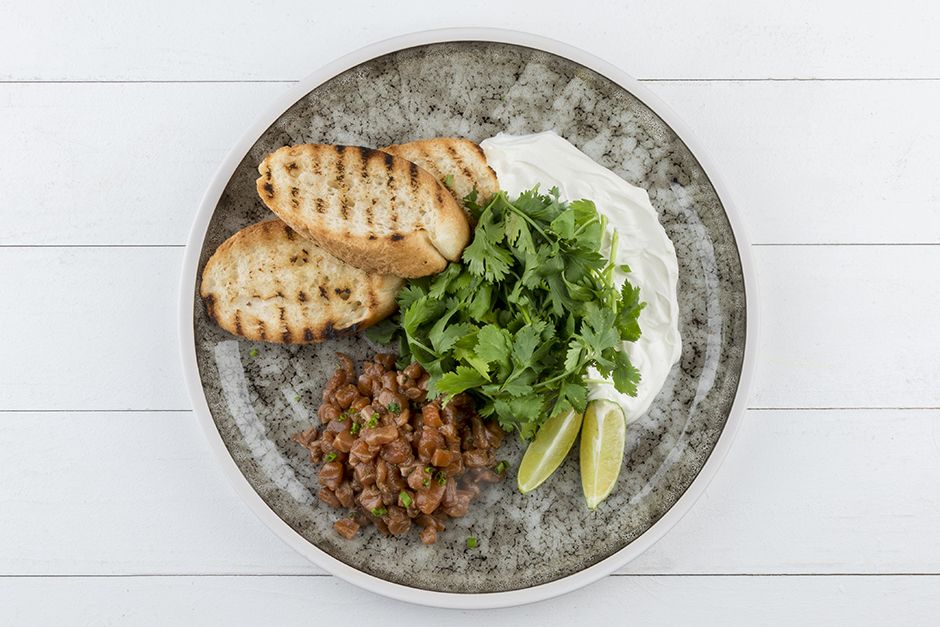 Have you ever wondered what tartare has in common with the Tatar nomads? A lot! According to some historical evidence, it seems that tartare comes from the Tatars (according to Wikipedia, a nomadic tribe - originating from Mongolia and South-East Siberia – whose members migrated throughout the Middle Ages, especially between the 6th and 11th century). Until this point, I’m sure you haven’t noticed any connection between tartare and the Tartars. If you read further, you will see the connection… According to historical evidence, the Tartars took their name from Tartarus! Tartarus – according to Greek Mythology - was one of the Gods from the underworld. He was the son of Pluto or Aether or Chaos and Gaia, He lived, where else? In Tartarus (meaning in Hell). This is how the Tartars are connected with Tartarus – a connection that came about from the barbaric nature of this particular tribe. This is one version.

The other version is more plain but realistic. It simply refers that it started in far off Russia. This is where tartare is said to have begun to gradually invade European cuisines and specifically those that were searching for something different. Some even say that tartare is… the distant relative of the hamburger (it started off as raw meat and then was grilled and renamed after the city of Hamburg, in Germany, where these events happened). Whatever the history of tartare, we will focus on it’s unique preparation and its even more unique flavor. Let’s cut to the tartare, shall we?! (hmmm… can you say that?)

What is tartare, afterall?

Tartare is a dish that is basically finely chopped, raw beef (a little more coarsely ground than ground meat), which is accompanied by a raw egg yolk (which was added to the recipe in the start of the 20th century), finely chopped onions, capers and pepper, Worcestershire sauce and other herbs. Sometimes, rarely though, the meat is “kept together” with some mayonnaise or mustard. The variations are countless and each person can choose to serve and enjoy the tartare in their own unique way. The sure thing is that it is always served raw! Last, if you think that the ideal accompaniment for tartare is tartar sauce – you’re wrong! It is rarely – if ever -  served with it! ;-)

How did tartare come about?

It’s widely known that human beings have a tendency to experiment! Just like that, in 1975, the Le Duc restaurant in Paris presented the first tartare fish to the public! Since then, it has spread around the world and of course, it came to Greece! It is usually made with salmon and tuna. the secret of its success lies in the knife used to finely chop the fish. If the knife is not so sharp, better not try it at all because the result will not be as rewarding. It is very important to select a really fresh fish because – since it’s tartare – it will be eaten raw. After you purchase the fish and the knives, you must find our herbs: chives, lime, ginger, coriander, basil or mint – these are some of your options, that actually make a great combination all together! Next step: Some slices of fresh bread with which you can accompany your tartare with.