Recipe Book
Diary
How to use wild greens in our kitchen 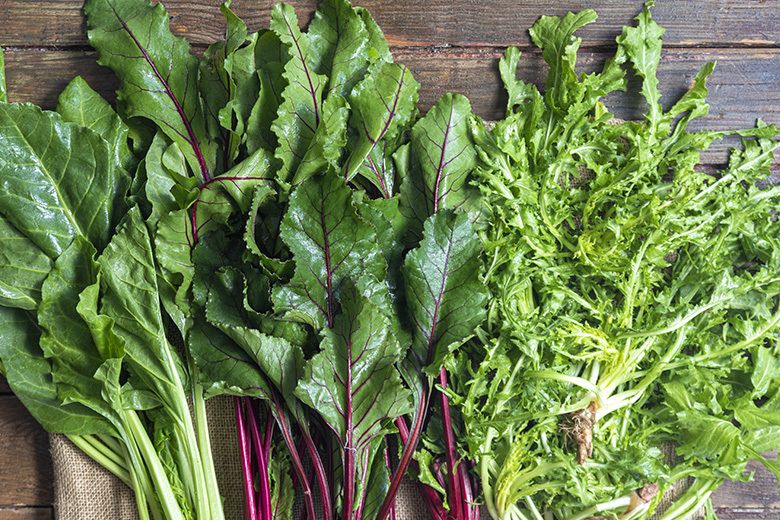 Today, I will talk to you about one of my favorite topics. The wild greens! This unique gift that nature generously offers us, with which we can -truly- do wonders in our kitchen! So, through this blog post, we will see some of the most common wild greens that we can use in cooking and we will discover smart and delicious ways to make them part of our lives. What do you think, shall we get started?

This variety of wild greens is considered one of the strongest weeds; nevertheless, it has managed to become a significant part of our cooking. Its fame began in the Mediterranean region, from where it has now begun to travel to many different parts of the world. We can find it in both cultivated and uncultivated places, and pick it from the beginning of summer until autumn. How to cook them: Most people prefer them boiled with lemon. Others like them sauteed, while there are also pie lovers who want to taste them between crispy phyllo along with other herbs. 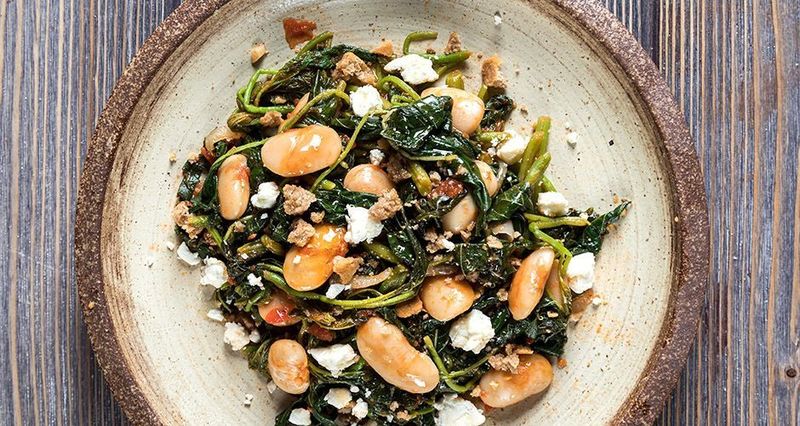 Also known as pigweed, purslane has a dark green color and fleshy leaves. If you want to enjoy it, then, you should look for it from the beginning of summer until autumn. How to cook it: We can use it in a salad or cook it in the pot.

Also known as Silybum marianum. It is found in European countries and the taste of its leaves (when cooked) is reminiscent of spinach. The main requirement to cook it? Remove its sharp edges. The best part is considered to be its stem, which has quite a good taste while it is said that it is also very nutritious. It’s best to try it in the spring, before it turns tougher. How to cook it: The milk thistle can be consumed both raw and cooked, e.g. in pies or boiled with other greens.

It is a fairly common weed with green, prickly leaves and a relatively sweet taste. We can look for sow thistle from the beginning of autumn until the end of spring. How to cook it: We can enjoy it boiled with oil and plenty of lemon, or we can use it with various greens and herbs in our pies. 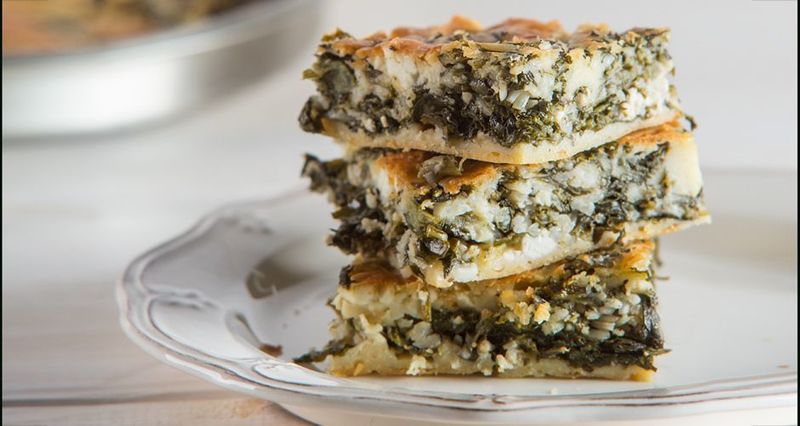 Also known Urospermum picroides, it has long, prickly leaves with a dark green color. It can reach a height of 20-25 cm. It grows in cultivated and uncultivated places and we can pick it from the beginning of autumn until the end of spring. It has a slightly bitter taste. What does that mean? That if you do not prefer bitter greens, you should look for another alternative. How to cook it: We can eat it raw in salads or cooked with plenty of lemon. The best way, though, is to enjoy it in a freshly baked greens pie.

Its height reaches 20 cm. The part we collect and use is its tops and leaves. We can pick it from winter to spring. How to cook it: Bur chervil has the power to give our spinach pie an inconceivable taste, especially if combined with shepherd’s needles. Finally, if we want to give a more original taste to our white bean soup, we can add a little bur chervil.

In full growth, it reaches almost 1 meter. We find it in both uncultivated and cultivated places. Its foliage is dense, its leaves are broad, while its flowers are mostly pink. To pick it, we have to look for it from the beginning of winter until spring. How to cook it: Some people use its leaves to wrap dolmades, while others prefer to enjoy it simply boiled. 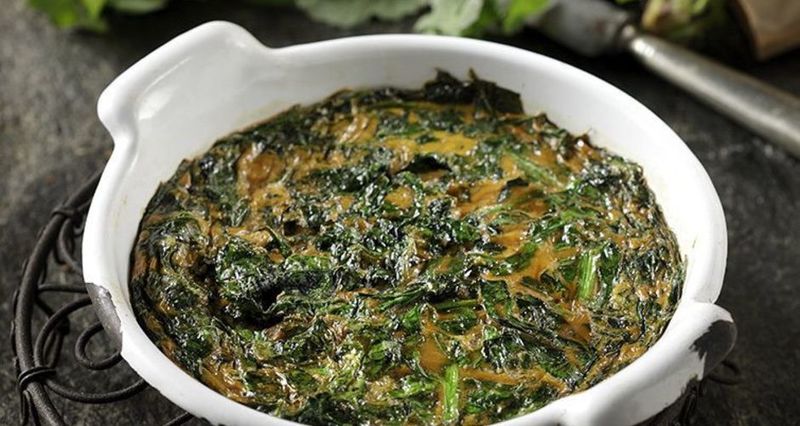 You can also call them beggarticks or butterfly needles. They are harvested from the beginning of winter until spring. What you may not know is that they come from the Caucasus and are related to parsley, although their taste is more like that of dill and licorice. If you try to pick them from a field, you should either be very familiar with the particular green or someone else who should be with you. You see, shepherd’s needles are quite similar to hemlock, a highly toxic plant that is dangerous to humans. How to cook them: They are mainly used in pies, as well as in salads or in homemade sauces.

The leaves of bitter dock have a dark green color and a slightly sour taste. We can look for it from the beginning of autumn until the end of spring in uncultivated fields and lands. How to cook it: We use it in greens pies, while some people eat it boiled - alone or with meat. Finally, bitter dock, in addition to our pies, can even enhance the taste of a vegetable tart.

The Cichorium intybus is ready to get into our kitchen from the moment the first rains begin until the end of spring. How to cook it: Some people prefer it boiled, while others combine it with meat. 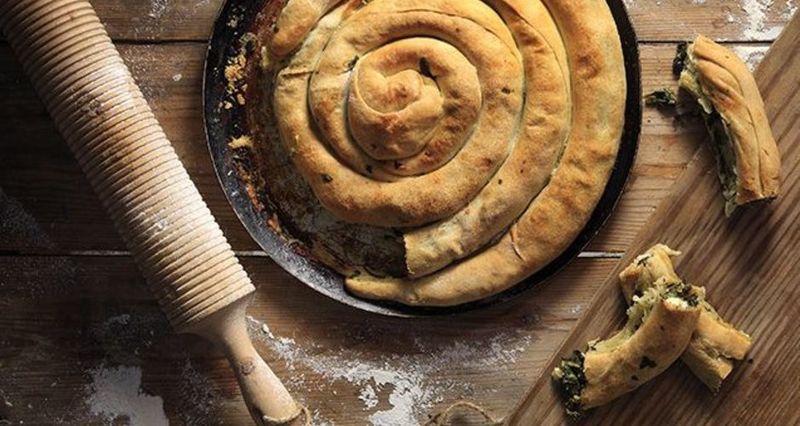 It is a tonic herb with strong anti-inflammatory action. Their leaves are collected from autumn to spring. How to cook them: The well-known nettle pie is the first recipe that comes to mind. However, their leaves can be also boiled or sauteed, combined with various other herbs.

No, it is not spinach, but it is one of the varieties of beetroot. It is cultivated in temperate regions, it likes moist soils, and the only thing that can guarantee its good growth is the very good watering. Its leaves are very large and quite tough, while its flowers are mostly greenish or red. It has a characteristic sweet taste. How to cook it: It is considered a first-class ingredient for salads, while it can enhance the taste of a pie. Finally, many make them as a tomato stew with plenty of herbs, while others choose to accompany them with their legumes.