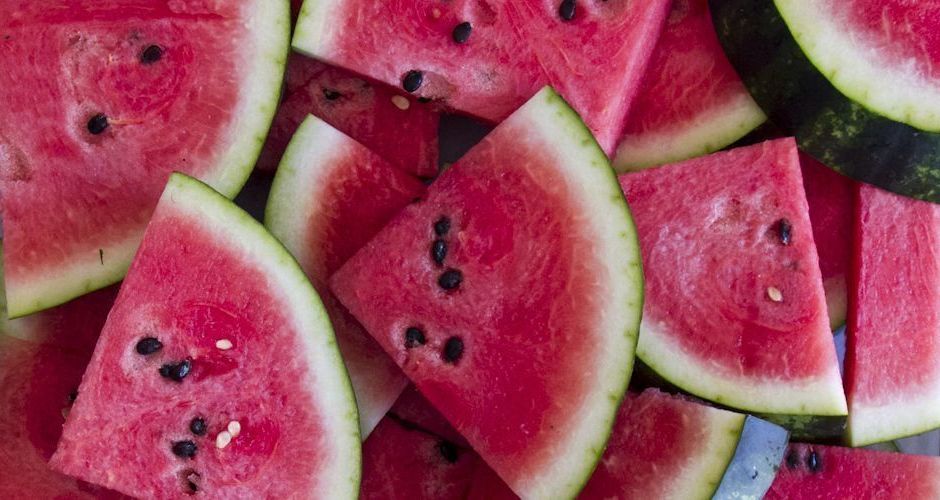 Where does it come from

The watermelon, or Citrullus lanatus, comes from Central South Africa. The Greek physician Galen would refer to it as the “milopepon” or “applemelon” and Pedanius Diosorides, another Greek physician would refer to it as “sikios o imeros” or “cucumis the tame”. Unfortunately the Greek name did not prevail in the Greek language but took on the Turkish word “karpuz” which became “karpouzi”. The watermelon appeared in the hieroglyphics of Ancient Egypt. It was cultivated in China in the 10th century A.D. and made its way to Europe in the 13th century.

It is one of the most refreshing fruits available since it consists of 91% water! It contains Vitamin C, it is a slight diuretic and contains large quantities of carotenoids.

The watermelon is sewn during the spring and usually is ready to be consumed after 80-100 days. Watermelons can be consumed from June up until October.. In July it is at its sweetest!

Watermelons can be enjoyed raw, as a granita, in pies and as refreshing smoothies!

The article has been written in collaboration with Kitchen Lab’s Dietitian/Nutritionist Christos Papavaggelis. 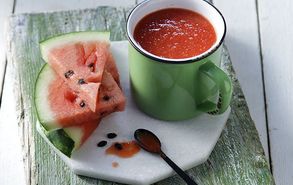 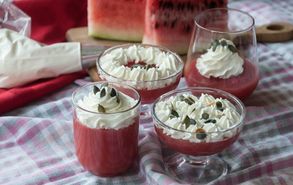 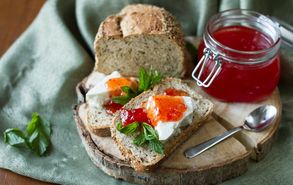 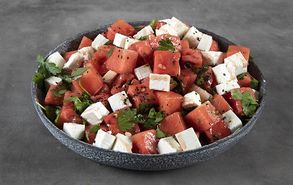 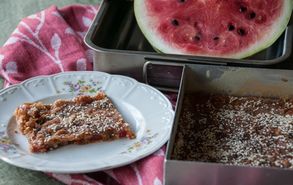 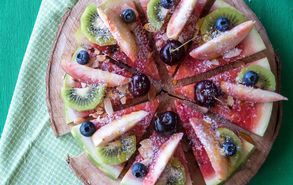 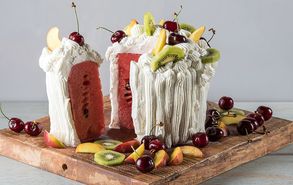 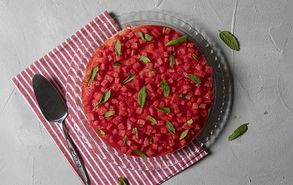