Recipe Book
Yummy News
What Christmas decorations will you put up? 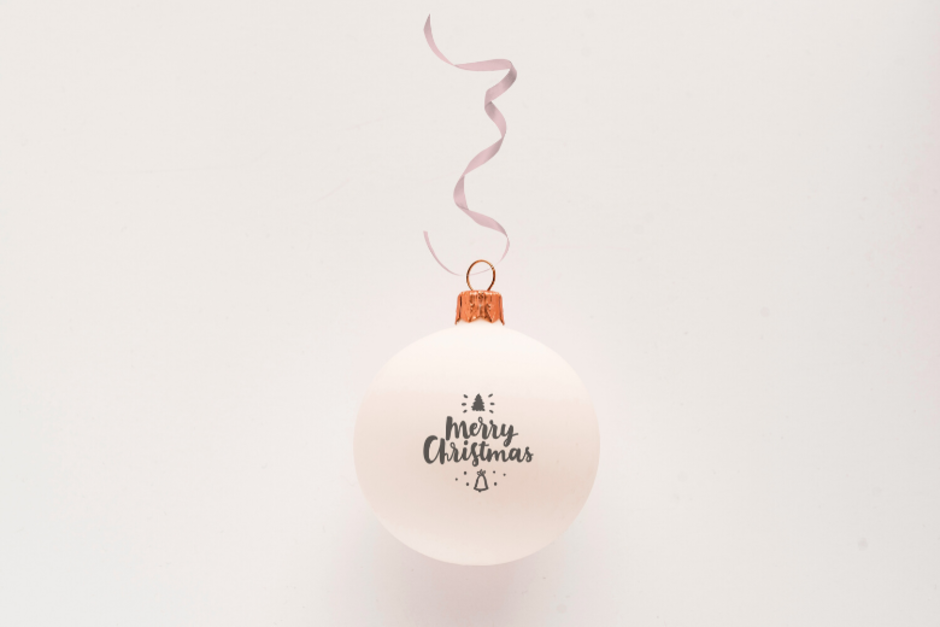 Christmas… Tree… Garlands…Food. In this Yummy New, we decided to talk about the Christmas decorations that people put up, how each decoration is linked -in many cases- to food, but also what is behind each object that we choose to decorate. That way, you will get many ideas to set your own festive scenery ;-)

This is -without a doubt- the star of the holidays and, hundreds of years ago, it managed to surpass the oak tree which was considered a pagan element. Many people believe that it is a German custom, but -according to historical data- trees were decorated in many religions and countries, and even parts of trees since ancient times. It is said that the first ornaments were several foods, as well as clothes, fabrics, and other objects. Later on, as years went by, wealthier people started using actual decorative ornaments, until the latter replaced all the rest. As for the meaning behind the decoration of the Christmas tree? For many, it symbolized happiness and the relationship of man and nature, while for others it was the tree of the Paradise and that’s why in some places, like in Germany, it was decorated with red apples.

A land of sea and sun, Greece was always linked to shipping. So, before the first Christmas tree was decorated in our country (in 1833 by Otto of Greece), the decorated boat was an indispensable part of the holidays. What did it symbolize? The love of the people for the sea, the impatience of people to see their loved ones that were working on boats, a warm welcome to seafarers, but also a wish for the sailors to be always safe. So, after it was decorated with several multicolor papers, flags, and ropes, people used to fill it with several treats, but also with the traditional homemade Christmas bread – Christopsomo.

Wreaths and garlands made of fresh “materials” like pine cones, nuts, several ribbons, fresh flowers, and tree branches. This custom was often found in France where they used to decorate windows, some corners of the house, and tables with them. In fact, when the garland was on the table, it was usually accompanied by 4 candles which symbolized peace, love, hope, and joy. Every Sunday of the month, the man of the house lighted one of these candles until the last Sunday that Christmas was celebrated. Moreover, in the olden days, French people used to make garlands with several multicolor fruits that they used as tree decorations, too. As for the meaning of the wreath? It hides a lot more than a simple decorative element since it represents Jesus’s crown of thorns, while the red fruits that were used to decorate it, referred to His blood.

It comes to us from Italy (firstly from Naples) and its roots trace back to the Middle Ages. It is a representation of the story of the Nativity of Christ, which was made through sculptures and other models in various sizes, and adorned both the churches and the central squares of a town or village. According to historical data, the first Christmas manger was created in Greccio of Italy in 1223 and included real people and animals that were transported to a cave by Saint Francis, who -then- invited the residents to see them. Since then -and until today- many Italians prefer to create representations of entire villages in their homes, that always end up in a manger, rather than decorating a Christmas tree.

All sorts of stockings to be exact! Small and large, multicolor, with or without festive decorations, hanging over the fireplace, on a door or a window…This custom is very popular abroad and the stockings of the family members are often handmade, while their names are embellished on the stockings (each family member has his/her own). In fact, a myth says that Santa Claus once filled the stockings of three girls -coming from a poor family- with coins, when he learned that their father could not buy them a present for the holidays.

In the olden days, it was the easiest solution and, of course, the cheapest one. A dried tree branch could be easily transformed into a beautiful (Christmas) work of art. This specific way of decorating was adopted by several northern European countries, with Germany and the Nordic countries holding the reins. Many people considered this type of decoration as pagan since it somehow glorified nature. Nowadays, free from all kinds of superstitions, this type of decoration is still here and, actually, much more “advanced”. Why? Because it is accompanied by several festive decorative elements and leads to a minimal look that fits every home.

Germans (and not only) love to decorate a wall of their house with a handmade calendar – known as Adventskalender. Τhe specific calendar has 24 “cases” – one for each day from 1st December until the day of Christmas. So, from 1st December and for every day until the 24th of the month, kids open up a number and get the small surprise that might be in it. This surprise can be either a toy, candy, chocolate, or even a piece of paper with a love message. And like that, day by day, everyone comes closer to Christmas in the sweetest way possible! The best part? There are countless ideas for someone to create his/her own Christmas calendar!